According to the United States Department of Agriculture (USDA), organic food includes:

Crops that are produced without the use of pesticides and fertilizers that are usually made with synthetic ingredients or sewage sludge, bioengineering or ionizing radiation

Eggs, meat, poultry and dairy products from animals that are given no antibiotics or growth hormones.

Organic foods mostly include vegetables, fishes, fruits, diary products and meats that are not refined or processed. Natural fertilizers like manure are used for organic foods which help conserve water and soil. After making you understand what food should be named natural, now I will tell you about the benefits and advantages related to organic foods.

According to a study by the European Union, organic fruit and vegetables have up to 50% more antioxidants. Scientists believe that by eating organic food can reduce the risk of cancer and heart diseases. They contain vitamins and minerals such as iron and zinc.
According to other recent studies, organic foods are better for curing. Improved immune system is present in those people who eat organic food.

Better Taste
The taste of organic fruits and vegetables is often superior to any conventional produce. Many top restaurants use organic produce in their menu. Most fruits and vegetables attract us to look at them and eat them. However, the taste of fresh organic fruits is incredible.
Safer for Babies and Children
There are many reasons because of which organic food is best to use for children and babies. The average baby is born with 200 toxins and carcinogens in its body. After reaching the age of 2 years, he may have an increased amount of toxins. It will have about the 1/6th amount of carcinogens in his blood if you have fed your child with pure organic food. Thus, you will decrease the changes of illnesses significantly. Therefore, especially for infants and children, a pure natural food diet is crucial.

Do you know why organic vegetables and fruits spoil very fast? The reason is that many foods are irradiated. Irradiation kills bacteria and extends the food life. It also alters the molecular structure of food.
Some irradiation methods use Radioactive substances, others high-energy electrons or X-rays are used in most of the irradiation process. So one of the advantages of raw organic foods is that it still has the life force. Raw organic seeds grow cooked, and irradiated seeds don’t they?

Organic food stores don’t sell genetically modified (GM) food. It is believed that GM food causes allergies and decreases your immune system. I’ve read enough not to want to take a chance. Do you?

Organic meat, fish, and poultry are healthier for you. Dangerous chemicals, growth hormones or antibiotics are not used while raising organic cattle. Pesticides used in ordinary farming don’t just affect the animal who eats it first. They deposit in their tissues. Animals on top of the food chain get the highest concentration of these chemicals. Conventional animals are full of toxins and dirt. A cow, chicken or pig have pesticides it has ever eaten. Factory farm animals are fed with great quantities of polluted fish, food doused in pesticides and fed many unnatural compounds never consumed by wild animals. Inorganic animal food (meat, fish, dairy and eggs) is a primary provider pollution to the environment. About 95% of the toxic chemical residues are present in the American diet. Meat, fish, and poultry have ten times the amount of the dangerous chemicals DDT, DDE, and TDE as conventional produce. Besides intensive farming is incredibly cruel to farm animals.

One of the most outrageous advantages of organic foods is that organic farms treat their animals very humanely. They place a great emphasis on animal welfare. Just for this reasons, switching to an organic living makes sense. And even consider becoming vegan.

One of the major complaints that organic food consumers cite when choosing organic over non-organic is the presence of pesticides. Pesticides are used to prevent the attack of bugs, and other insects of the natural world. Although they do a good job keeping insects away from the crops they contain powerful chemicals like organophosphorus. This is an unnatural mineral compound that is not required by humans, but more than 80% of this material in our bodies comes from eating pesticide-coated foods. Organophosphorus has been connected to some developmental problems, including autism and ADHD, so those organic food lovers do have a pretty strong argument in this case. To be fair, many people do choose to go organic to make sure that their children grow up healthy and unaffected by the toxins of the world during their developmental years.

We will be happy to see your thoughts

Why we should choose organic natural products for Hair?

Several great reasons lie behind why we should choose organic natural products for hair loss but ...

Natural & organic makeup is much better than the ones filled with artificial chemicals. The ...

There have been many researches regarding the benefits of organic food. We must know the advantages ...

Generally speaking, "organic and natural" ingredients are derived from natural sources with no ...

Why Organic Skincare? Some great benefits of natural beauty products.

Why Organic Skincare? I get asked this question fairly frequently. To put it plain, there are ...

How to Approach an Organic Weight Loss Diet?

What is organic weight loss all about? Well it essentially involves restricting the amount of ...

Why is everyone talking about organic skin care? Is there anything special that makes it ... 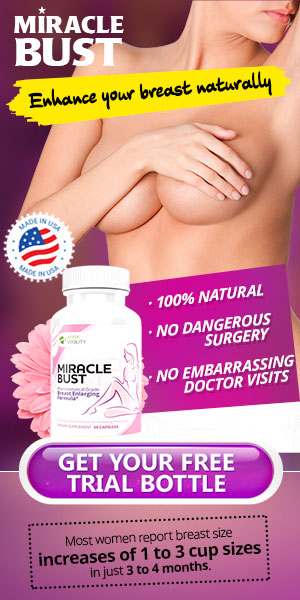